Latest Reviews
Home » Hollywood » THE CALL OF THE WILD 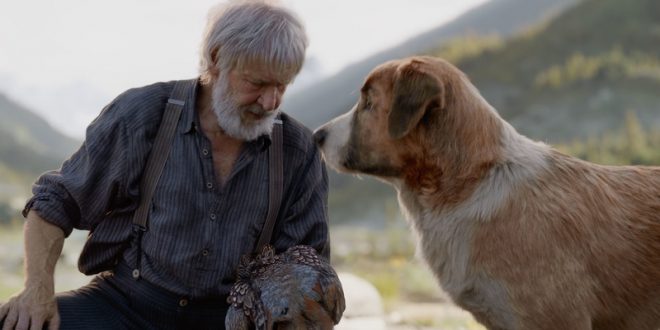 THE CALL OF THE WILD

Jack London’s (1876-1916) paradigmatic novella is more in vogue today than when it was written in 1903; anthropomorphic “Buck”, a metaphor for shedding one’s inhibitions, rising and besting life’s provocations, realizing one’s ingrained potential. “The Call of the Wild” is beautiful; luscious, undulating mountainous terrain of Yukon, British Colombia, is breath-taking, daunting in scope; digitalization in tandem with hypnotic cinematography enhance the uncomplicated scenario.

All aspects of the film are transcended by the heroic transformation of Buck; from his salad days as a naughty, disruptive force in an elitist family to his traumatic capture, slavery; a dog shackled to a sled in the Klondike region of Canada, during the gold rush of 1896-1899; Buck’s positive and negative encounters propel his maturity: “Perrault” (blissfully portrayed by Omar Sy, “The Intouchables”) recognizes Buck’s intuitiveness and motivates his command, as the lead sled dog; “Hal’s” (perfectly pompous, Dan Stevens) cruelty and vindictiveness spur Buck’s righteousness, self-preservation; it is bonding with “John Thornton” (charismatically curmudgeonly Harrison Ford) Buck’s biographer and an autobiographical substitute for the author; Ford’s authentic portrayal of a disheartened, lonely recluse galvanizes Buck’s restorative facilities; an unselfish friendship that knows no parameters. The palpable love and respect between man and canine is the skeleton, framework that anchors “The Call of the Wild.”

The message that palpates throughout the film can be summarized in London’s own words: “you can’t wait for inspiration, you have to go after it with a club.”