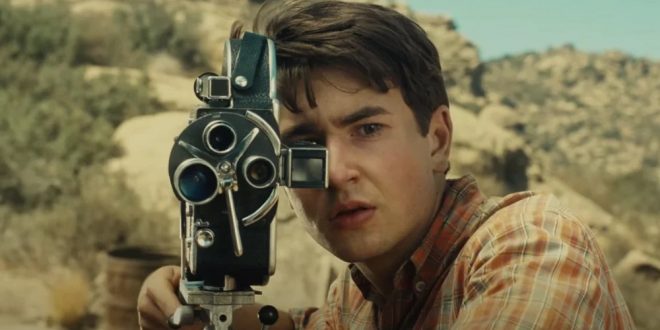 Individuals of iconic, legendary stature are, at a pivotal point, retrospective; pursuing their walkway to prominence; in recent years directors have splayed upon the screen the intimacy, the embryonic process to eminence: “Lady Bird” 2017 (Greta Gerwig); “Roma” 2018 (Alfonso Cuaron); “The Souvenir” 2019 (Joanna Hogg); “Belfast” 2021 (Kenneth Branagh); “The Hand of God” 2021 (Paolo Sorrentino). Surpassing all the above biographical scenarios, Steven Spielberg at seventy-five bequests his pubescent history in the fabulous “Fable”mans”; consisting of the essential elements of a fable: symbolism, lessons, humor, he with inimitable honesty, grace, gifts viewers a slice of his neophyte years when the making of a movie defined his existence, secured his vision, stamping his genius on a product guaranteed to entertain millions for millenniums.

Spielberg as director controls the narrative; the profundity in casting is immaculate: “Sammy” (Spielberg) depicted by Mateo Zoryon as a young boy traumatized, motivated by his first film “The Greatest Show on Earth” in 1952; Gabriel LaBelle is the older “Sammy”, astounding is his interpretation of the gigantic fissures destroying his family; Paul Dano as Sammy’s detached scientific father “Burt” is unnervingly astute in his obtuseness; hardly recognizable, Seth Rogen, quietly soars as “Uncle Benny”; mini roles by David Lynch (John Ford), Judd Hirsch (Uncle “Boris”, pinnacle of perfection as the oracle predicting Sammy’s path to glory.)

But it is Michelle Williams, as “Mitzi”, Sammy’s mother whose talent, prescient flair and artistry secure the “Best Actress’’ category (besting Kate Blanchett, “Tar”), although she might be in the “Supporting” classification. Her whimsical, fairy- tale fantasies, joy in the ridiculous, fed her son’s fecund imagination. Every scene she nails with enchanting, electrifying joie de vivre, emanating a vibrancy rarely experienced on film. Williams with dynamic intuition blesses Mitzi the power of ultimate inspiration, conspiracy, in the making of a virtuoso.

The painter Edward Hopper wrote “The dreamer and the mystic must create a reality that you can walk around in, exist and breathe in.” Such a creator is Steven Spielberg.