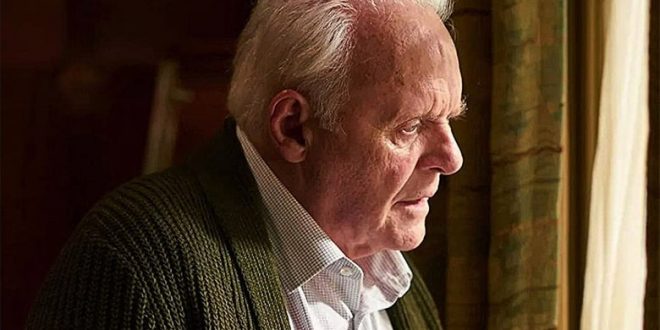 THE FATHER (IN THEATRES & AMAZON PRIME)

Anthony Hopkins a cinematic chameleon, once again proves his divinity in his portrayal of “Anthony”, a wise man dealing with the uninvited invasion of dementia. He is blazing as he combats the unaccommodating specter of depreciation; the evaporation of control, memory and accountability. In the care of his daughter “Anne” (Olivia Colman, the English actor, “that keeps on giving”) we view his agonizing march towards unfeasibility.

Oh, the mind, a wonderous, notional tool can capriciously, with Quisling alacrity betray the elite, the cavalier, the unexceptional; a trickster, a swindler greedily stealing attributes, long accepted, and expected to be there on command, not to be tinkered with, protected pastures, nurtured since birth, now tampered with by a whimsical, fickle twist of kismet; Anthony in an enchanting scene, unveils the man of lore before the mind robbed him of his days of splendor, determining his regression into a vacuum of confusion, frustration and fear; the bullying cruelty of taunting, with intermittent glimpses, of what was. Hopkins has breached, surpassed all expectations in a Shakespearean “tour de force.”