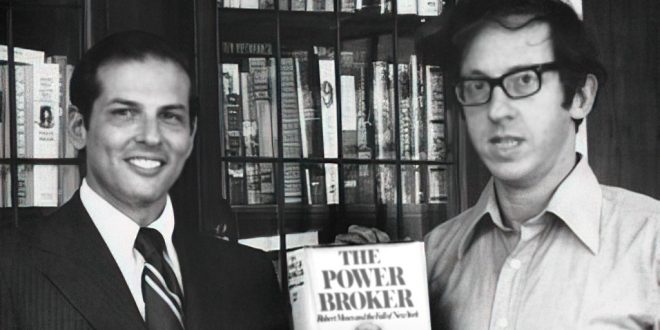 Hermine Beck (1923-2022) was a formidable woman who “sucked the marrow out of life” and graced its presence for almost a hundred years; I met her in Kolkata, India in 2004 and knew karmically that this was the “beginning of a beautiful friendship”, it was, until its finality. Hermine introduced me to “The Power Broker” by Robert Caro (1935-) a biography of a man whose vision and strength changed the landscape of New York City: Robert Moses, (1888-1981) is dissected, vivisected, scrutinized, lionized in 1,336 pages, over 700,000-words, seven years in the formation; 350,000 words were edited by Robert Gottlieb (1931-), thus commencing a partnership that’s longevity has seasoned from 1973 until the present day, and is the subject of Lizzie Gottlieb’s (Robert’s daughter) enchanting documentary, “Turn Every Page: The Adventures of Robert Caro and Robert Gottlieb”.

Both men, New Yorkers of Jewish heritage had traumatic relationships with their fathers; both stun with prodigious intelligence and the security of their decisions (proven through time’s transit); their yin and yang relationship, its intricacies, its altercations is astutely splayed in this prescient analyzation: length is always an issue; punctuation plays a major and at times hilarious debate, especially the use of the semicolon (I side with Caro; the semicolon allows the thought process to continue its flow); they are obsessive readers, historians and “lambent tongues of flame” whose luminosity has heightened through the decades.