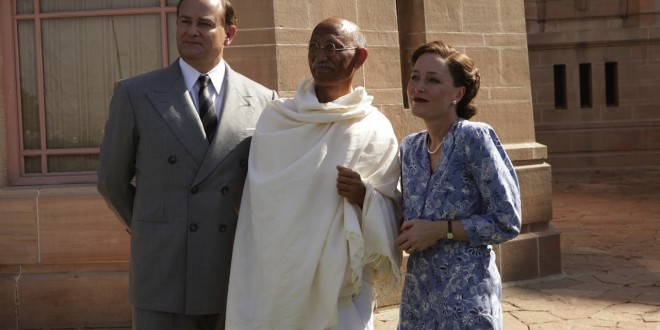 VICEROY’S HOUSE (ON DEMAND & IN THEATRES)

Director Gurinder Chadha blesses audiences with a pivotal portrait of British partition of India, 1947; simply, elegantly the “Viceroy’s House” sheds enlightenment on the monumental task faced by Lord Mountbatten (stuffy but appropriate, Hugh Bonneville), the last Viceroy of India, and his wife, Lady Edwina Mountbatten (remarkable Gillian Anderson). Most of the British forces had departed, leaving a hotbed of unruly religious rivalries, igniting riots, looting and slaughter. With the drawing of the boundaries, the populace had to choose between Hindu India and Muslim Pakistan; chaos, reigned; people walked in blistering heat; starvation took thousands, hatred, bigotry claimed their share, resulting in over a million deaths; the film is infused with archival footage; trains stuffed with confused, befuddled masses; villages torn asunder; suffering a vivisection that to this day has not healed.

Key to the success of the film is the balance between the grand home of the viceroy; watching as the Indian staff chooses their domain; household silver, crystal, china, statuary also partitioned; from the collective to the personal, Gurinder infuses a Romeo and Juliet scenario, played to perfection by Manish Dayal, “Jeet” a Hindu passionately, divinely in love with “Aalia” (Huma Quresh) a Muslim, whose fate has been scripted by her blind father, “Ali”  depicted succinctly by India’s iconic actor Om Puri.

Instead of sinking into a morass of sentimentality and sensationalism, “Viceroy’s House” is awash in realism, rationality, but periodically,  over-simplification. Conversations between political and religious leaders reference the chasm of difficulties, the exiting Brits had to portend. In hindsight there had to be a better, logical plan.  The “Viceroy’s House” is a lesson focusing on the detriments of colonization; a myriad of books have been dedicated to the decolonization of Britain’s dominion in India: “Freedom at Midnight” (Dominique LaPierre, Larry Collins), “Midnight’s Children (Salman Rushdie), “The Great Partition” (Yasmin Khan), all add clarity to a catastrophic even, that altered the lives of far too many.