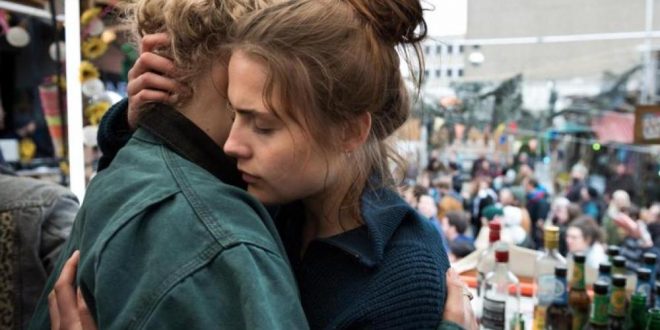 Soars in intelligence, intrigue and imagination:

NIGHT OF THE KINGS (FRENCH). Hypnotic, mystical, magical film, focusing on one night, in a prison, run by inmates; the red moon, compels one prisoner to construct a story (groit, storyteller) until dawn when he will be sacrificed for his efforts. FOUR STARS!!!!

CARELESS CRIME (IRAN). A movie within a movie, within a movie, referencing an arsonist elimination of a movie theatre in 1978, Abadan, Iran resulting in 473 deaths; rebelling against the Shah and Western influence; here is a modern recreation of the trauma. Viewers should be aware of the iconic film “The Deer” (1974, directed by Masoud Kimiai and starring paradigmatic actor Behrouz Vossoughi). Unfortunately, one gets “lost in the transitions”. THREE STARS!!!

THE WOMAN WHO RAN (SOUTH KOREA). Sorry, rather paltry tale of a woman whose choices force her to revisit friends and lovers of her past; innocuous conversations eventually unveil the reasons for her flight. THREE STARS!!!

THE TIES (ITLAY). Italians have a knack for weaving a tapestry of love, deceit, retribution; questioning betrayal and one’s compulsion to confess infidelity, why? Guilt? A priestly penance erasing the “crime”? Overwhelmingly acted and perfectly constructed leaves a profundity worthy of…FIVE STARS!!!!!

Back to the undented portion of the couch…………Peneflix