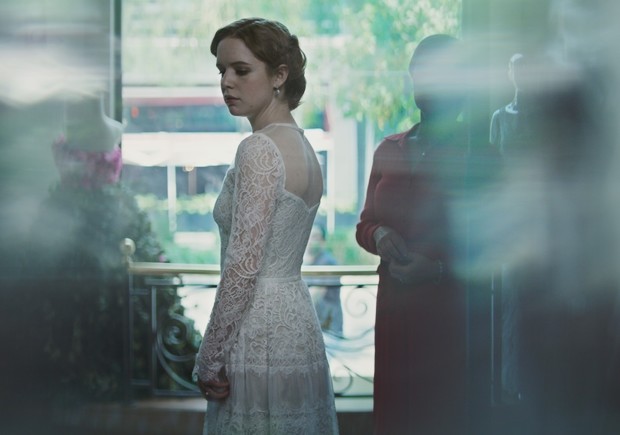 Skipping negativity, focusing on positivity. The plusses of viewing from home: no dress code, heathy cuisine, seat is permanent, unrestricted bathroom breaks; viewer determines the genre and the time to watch.

Now in its fifth day, here is a wrap-up of movies seen:

APPLES (GREECE). A simple, poignant tale of an amnesiac; beginning and ending with a bouquet of flowers; doctors, daily gift the afflicted chores, that hopefully jar his history into the forefront of his consciousness. The initial simplicity evaporates and viewers realize one man is a metaphor, a prototype symbolizing the complexity of the times. FOUR STARS!!!!

PREPARATIONS TO BE TOGETHER FOR AN UNKNOWN PERIOD OF TIME (HUNGARY). If you believe in or have experienced “love at first sight” this compelling, psychological film, tickles one psyche; two neurosurgeons in a cat and mouse relationship challenge viewers to deign the veracity behind their actions. FOUR STARS!!!!

NEW ORDER (MEXICO). Brilliantly reminiscent of today’s era. Elitism victimized by the underprivileged; savagery versus civility; by far the most dynamic film I have seen to date. Anyone who has lived through the summer of 2020 can empathize with the murky metaphor, and wonder does “the end justify the means?” FIVE STARS!!!!!

DEAR COMRADS (RUSSIA). Filmed in black and white, here is a realistic portrait of communism and its unaccountability, professing, practicing violence as a tool of repression. It took courage, fortitude and mettle to make this film. FOUR STARS!!!!

I’M YOUR WOMAN (US). A dumb, naïve, infertile housewife (Rachel Brosnahan), goes on the run with a baby, of sketchy lineage, given by her villainous husband. Surprisingly, morphs into an entertaining specimen of character maturity, worth seeing.  THREE & ½ STARS!!!

THE COLUMNIST (NETHERLANDS) “Hell hath no fury, like a woman scorned” has never been more gruesomely rendered than in “The Columnist”; message: be wary of vituperate rants on the Internet. FOUR STARS!!!!