Latest Reviews
Home » Hollywood » DEATH ON THE NILE (in theatres) 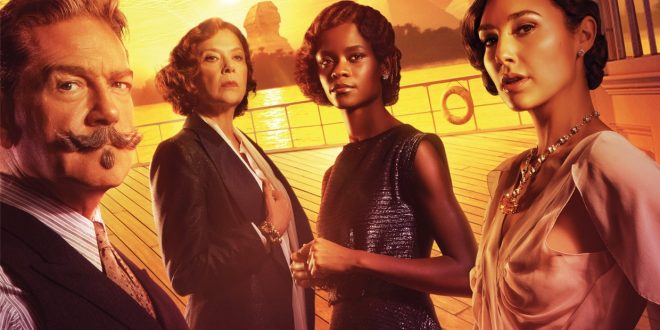 DEATH ON THE NILE (in theatres)

The soundtrack, unquestionably sensational; cinematographer Haris Zambarloukos lusciously lures viewers into the enigmatic currents of the Nile, stunningly simulated images of Abu Simbel Temple, Giza, Sphinx, and the limitless, sublime majesty of the Pyramids, pungently pulsate from the screen.

Love, like ether, unseen, powerful, beats at the epicenter of “Death on the Nile”; every protagonist has had their heart torn, brutalized, coddled, sabotaged; Poirot’s telling of his loss pricks the memory of all whose lives have been scared by fate; a reminder “to live with the love they left behind”.

2022-02-11
Peneflix Admin
Share !
Previous: NETFLIX SCORES IN DUPLICATE: “RIDE LIKE A GIRL” & “THE TINDER SWINDLER”
Next: THE WORST PERSON IN THE WORLD (NORWEGIAN: ENGLISH SUBTITLES)