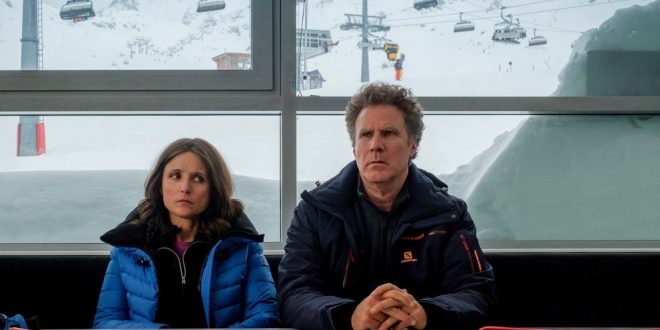 Swedish director, Ruben Ostlund’s 2014 “Force Majeure”, was a darling of worldwide Film Festivals; I did not care for it: excessive teeth-brushing, massive character manipulation, superfluous, annoying minor roles; that being stated, is was colossally superior to “Downhill”, directors Nat Faxon and Jim Rash’s homogenized version; actors Julia Louis-Dreyfus and Will Ferrell cannot rescue it from well-deserved anonymity. Redundancy, repetitiveness suffuse the scenario; a father who deserts his wife and two children as an avalanche threatens their viability; a marriage, suffering fissures, must recognize the unintended cowardice of the “head of the house.”

For the analytic movie viewer it was interesting seeing actor Kristofer Hivu replicate the same role as in the Swedish version, other than that, it was an “avalanche” of boredom.