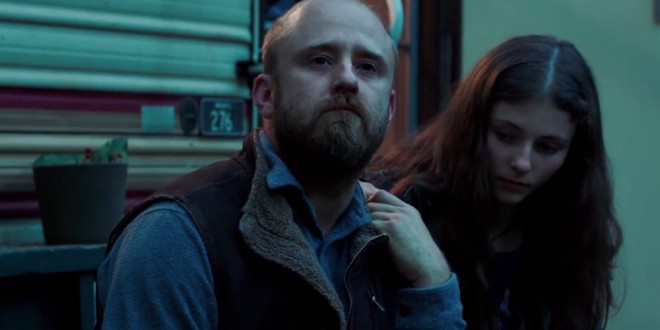 Writer/director Debra Granik (outstanding “Winter’s Bone”, launching Jennifer Lawrence’s meteoric explosion on the screen), in “Leave No Trace” with the immaculate skill of a surgeon, dissects a father/daughter symbiotic relationship; “Will” (Ben Foster) and his thirteen-year-old daughter “Tom” (Thomasin Harcourt McKenzie), living by their wits “off the grid” in a forest, outside of Portland, Oregon; for years they have cauterized, camouflaged themselves from all mankind; in tandem they forage, cook, sleep in makeshift lodgings; ready to escape interlopers, threatening their conditioned, isolated milieu. Poignantly beautiful is their copacetic silence; so in sync, words unnecessary, they interpret each other’s feelings and thoughts, remarkably we can “hear” them. Foster and McKenzie gift stunning understanding and plaintive empathy to their roles.

Without sensationalism Granik delves into the galvanizing effects of PTSD; Ben is a veteran, he has lost all vestiges of societal coping mechanisms; after he and Tom have been caught and forced into regulated housing, he goes through the motions, seething at confinement, televisions, telephones, planning his getaway to his sole comfort zone, wilderness; while Tom’s adaptation is healthy, she does not suffer from his angst, and senses her own escalating maturity, the ease of life between walls and ceilings, protected from plummeting rain and nature’s capricious cruelty; interaction with her peers, realization that boundaries, rules are not penalizing but protective.