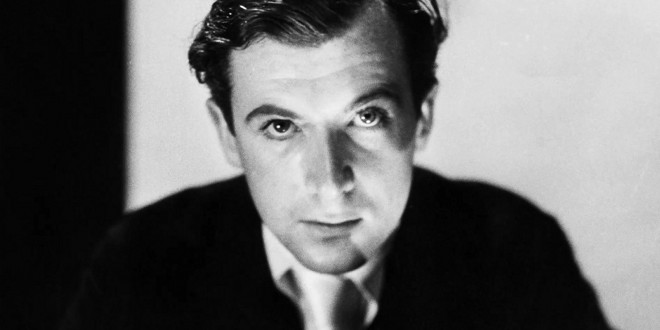 The eponymous scion of fashion flamboyancy, an heir of the Belle Époque, Cecil Beaton (1904-1980) is a delicious concoction of all that was madly, passionately, aesthetically “gay” during his tenure as the monarch of glamour, style and outlandish individuality; his photographic ingenuity has frozen, for posterity, images of the renown: Queen Elizabeth, Greta Garbo, Marilyn Monroe, Francis Bacon, Lucian Freud and a myriad of marvelous others; director Lisa Immodino Vreeland’s wonderfully wise and scintillatingly sensational portrait of a man destined to be remembered for all he embraced, enhanced in his lifetime: Oscar winning set and costume designer (“My Fair Lady” and “Gigi”), war photographer, diarist, painter; his unique vibrancy is captured in his interviews and tales recounted by Leslie Caron, Diana Vreeland, David Hockney; caustically witty, ferociously honest, there is no middle ground, he loves and hates to the fullest; admired or despised, neutrality dismissed, Beaton left his inimitable footprint on all he encountered.

Narrated by Rupert Everett, with grace, he presents an insightful biography of a man from birth to demise; seductively slender, androgynously divine; hinting homosexuality, while still banned in England, Cecil is outrageously defying. He rigorously ranted against boredom, encouraging impracticality, martyring conventionality, proclaiming imaginative, warlike vision against the “slaves of the ordinary”. And “by George he’s got it, he’s really got it.”