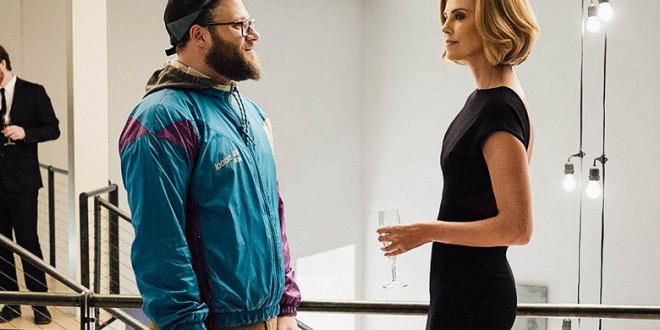 Director Jonathan Levine, writers Liz Hannah, Dan Sterling, but pivotally, stars Charlize Theron and Seth Rogen are grounds for visiting “Long Shot”; an unlikely duo, a stupefying example of “opposites bonding”; initially incomprehensible, with progression, systematically comprehensible; Secretary of State, “Charlotte Field” (Theron) anticipating a run for the Presidency hires “Fred Flarsky” (Rogen) a freelance writer, to pepper her speeches with hilarity, compassion and genuineness; they have a history, Charlotte babysat Fred, when they were thirteen and sixteen and she was a nascent environmentalist; both actors supremely imbue their characterizations with intelligence, wit and credible romance.