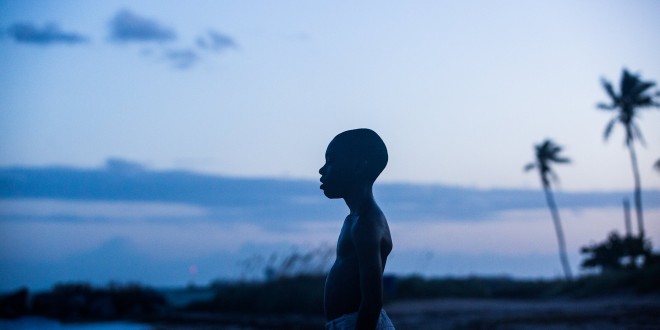 From inception human beings are blessed with the distinction of knowing right from wrong; maturity hones the ability to further recognize the differentiation; in actuality the path followed comes down to one’s “choice”; “Moonlight”, directed by Barry Jenkins is a remarkable masterpiece, focusing on “Chiron” and three phases of his life, from boyhood to manhood (efficaciously acted by Alex Hibbert, Ashton Sanders, Trevante Rhodes), his environment and decisions that molded his character.

Realistic, wrenching, painful portrait, commencing with ten-year-old “Little” (Hibbert) bullied by his peers, coddled by his drug-addicted mother (phenomenal performance by Naomi Harris); outcast high schooler (Sanders) discovering his sexuality; ultimately, rebelling against his nemesis. In adulthood, still with a whiff of innocence, “Black/Chiron” is heartbreakingly, beautifully portrayed by Trevante Rhodes. He has served jail time, option-less he sells drugs, achingly lonely he seeks the only friend who has touched his body and spirit. Chiron has transformed, both physically and psychologically, morphing into a beautiful example of self awareness and acceptance.

Jenkins masterful film, long after exiting, continues to astound with the knowledge that “there, but for the grace of god go I.”