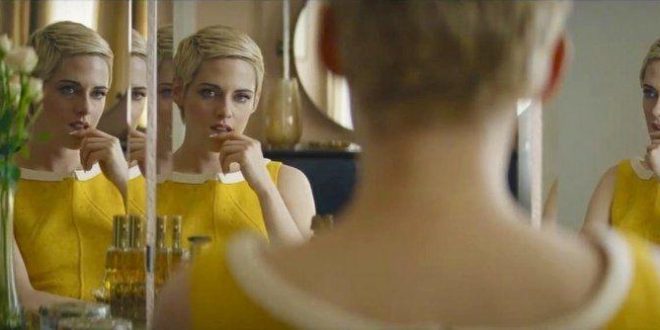 Kristin Stewart has the mettle that gives this “fair to middlin” biopic of Jean Seberg (1938-1979) a backbone of anemic strength; surrounded by platitudinous performances: Jack O’Connell, Vince Vaughn, Colm Meaney; half-baked-writing, diaphanous dialogue, divulging the appalling tactics of the FBI and J. Edgar Hoover, its autocrat.

As “Saint Joan” (1957) Seberg was an instant teenage supernova; 1960’s “Breathless” sealed her fate as the portrait of France’s New Wave Cinema; Stewart’s gutsy, clone-like depiction of a fragile, well-intentioned champion, financially supportive of the civil rights movement, specifically the Black Panthers  in the tumultuous 1960’s; the film capitalizes on her intimate relationship with Hakim Jamal (substantive, Anthony Mackie), her naïve but legitimate goals of righting the wrongs of racial divisions, inequality, made her an unfair target of the nation’s police; the operation, “COINTELPRO” egregiously stalked, harassed, defamed and soiled her reputation; her good deeds, not only were punished but persecuted at a harrowing level; there were no MeTooers, empowered women to rally, buttress her worthy stance; she was alone, but forty years after her death is the archetype of a female activist who recognized and had the fortitude to crusade, with her every fiber, righteousness, egalitarianism for all.