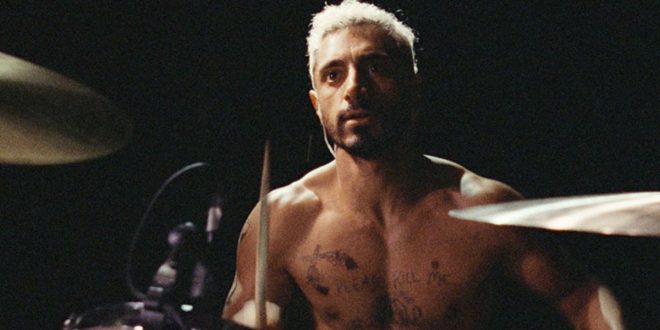 Not being a fan of heavy metal, I initially skipped director Darius Marder’s study of an absence of sound, not a choice, a lifestyle; two respected cinephiles pleaded the worthiness of Marder’s scrutiny of profound hearing loss and its effect on musician, “Ruben” (Riz Ahmed) and his altered state.

Growing up in a cacophonous household, I have always craved quiet, silent moments; silence nurtures creativity, introspection, pulverizes roadblocks, allowing the brain to breathe. As I watched “Sound of Metal” and actor Riz Ahmed’s riveting, achingly pure depiction of a man whose existence is fed by music, and the colossal devastation of its truancy, I was haunted by Simon and Garfunkel’s lyrical “Sound of Silence”: “people talking without speaking, people hearing without listening”, Ruben fighting with his every fiber “to hear”, to communicate in the only way he is capable; key, is the psychological struggle, accepting that “deafness is not a handicap”; his “prophet” “Joe” (sensitive, insightful Paul Raci) paves the path to comprehending that a hushed universe, is not indicative of a meaningless one; Ruben in his quest for a milieu slipping from his grasp, trudges through innumerable, painful phases in his stride toward inaudibility; quietude, eventually graces tranquility, and hearing without distraction, “people writing songs, that voices never share, no one dared, disturb the sound of silence”.