Latest Reviews
Home » Hollywood » THE GIRL ON THE TRAIN 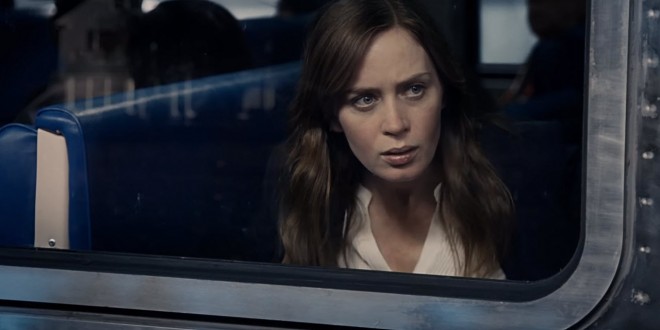 THE GIRL ON THE TRAIN

The multitudes who devoured the national bestseller by Paula Hawkins will find the movie, directed by Larry Brand, fervently faithful to the scenario.

Divorced, perpetually sloshed, disillusioned “Rachel Watson” (Emily Blunt scores a knockout in the role) feeds her desperately lonely, hollow existence by living vicariously, imagining the lives of others as sublime, loving paradigms of bliss. Her daily train ride is a voyeuristic melodrama, focusing on the marriage of “Megan (gloriously depicted by Haley Bennett) and Scott Hemphill” (hunky Luke Evans); her illusions implode when she sees Megan kissing another man.

Rachel, when blindly inebriated stalks, haunts “Anna” (exquisite Rebecca Ferguson) her ex- husband, “Tom’s” (Justin Theroux) new wife and their infant daughter; Rachel’s blackouts, tedious but pertinent to a crime she might have witnessed; Allison Janney gives a minimal but substantial performance as a police detective, ferreting the roots of Rachel’s mental hiatuses.

Told from the viewpoint of the three women (all superb performances) the story becomes beleaguered; in fairness, knowing the outcome, eliminates the tension and titillation factor; a major drawback, with the exception of “Dr. Kamal Abdic” (Edgar Ramirez), the male protagonists are depthless, uninteresting and superficially defined bullies.

Exiting I hope the “Rachels” of the world, after a serious intervention, recognize the universal truth, that looks are more often deceiving than not.