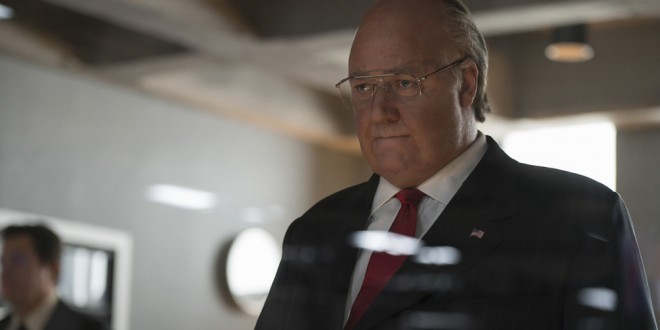 Russell Crowe, “The Loudest Voice” tips the “scale” in authenticity. It is impossible to unearth the actor beneath the layers of fatty, glutinous tissue informing the despicable, genius Roger Ailes, founder of Fox News; years after his death at 77, the network to date, is the most watched on Cable; launched on October 7, 1996, Ailes, with inimitable clairvoyance, saw what the “silent majority” were screaming; frustrated, ignored, shunned by the liberal press, Fox News gave them a voice, a voice that eventually led to the election of Donald Trump; regardless of your political persuasion “The Loudest Voice” is a tour de force for Russell Crowe and gives enough fodder for both political equations. Its core centers on the man’s sexual entitlement, bullying, coercing woman to degrade themselves for professional advancement; Naomi Watts, sears as journalist Gretchen Carlson (Stanford alum), taunted, tormented, undermined by Ailes; she had the prescience to tape his prurient advances, resulting in the toppling of the megalomaniac. Sienna Miller, morphs magnificently into Elizabeth Tilson, Roger’s third and final wife; she is his Stepford, sycophant foil, lapping up his platitudinous proclamations against all who rile against him.

“The Loudest Voice” is a historical review of America’s, oftentimes tawdry, sensational political plight from 1996-2016, viewed through the lens of a man whose prodigiousness was warped by a withered sense of entitlement.