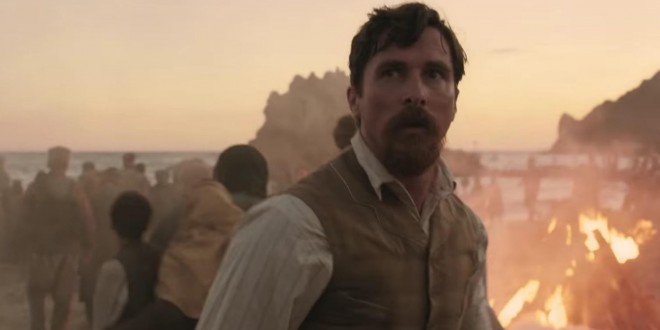 Arshile Gorky (1904-1948) was the artistic bridge between European Surrealism and American Abstract Expressionism; his most iconic work is a portrait of his mother and himself as a young boy; she died in his arms of starvation during the Turkish attempt to annihilate the Armenian population; between 1915 and 1923 over a million and a half Armenians were assassinated, starved, deported from the Turkish Ottoman Empire; a genocide equal in egregiousness to the later Holocaust. Gorky, a survivor, proved that genius could not be cauterized, it can flourish under the most heinous of odds and traumas of history. “Ararat”, a poignantly beautiful film directed by Atom Egoyan and staring Simon Abkanian delves simultaneously into Gorky’s and Armenia’s inexorable chronicle.

“The Promise” directed by Terry George, infused with a priceless cast, awash at times in sensationalism, melancholy, is an historical epic worth viewing, if only for its genuine content; man’s iniquity, cruelty is balanced by the heroism of the unnamed, unaccounted individuals whose sacrifices led to the survival of others.

Oscar Isaac, “Michael Boghosian”, his potency vibrates in every scene; from a small Armenian village, his betrothal, to “Maral” (mesmerizingly beautiful Angela Sarafyan) and the dowry gifted, allows him to go to medical school in Constantinople, he “promises” to return; fate intervenes when he meets “Ana” (divine minx, Charlotte Le Bon) a confident, cosmopolitan, irresistible Armenian woman; war and its bastardizations separate friends, lovers and families. The vitality of the love story transcends the political arena; George’s scope is perhaps too ambitious but compelling nonetheless.

Christian Bale struggles with limited substance, as “Chris Myers” an American reporter, also infatuated with Ana; he is the scribe alerting the world to the escalating atrocities in Turkey.

“The Promise” leaves audiences clamoring for more information, embryonic triggers lying beneath the Turkish barbarity; religion, political autonomy seethe at the core of this bleak blot on the map of “man’s inhumanity to man.”

2017-04-23
Peneflix Admin
Share !
Previous: QUEEN OF THE DESERT (ON DEMAND) & IN THEATRES
Next: NORMAN: THE MODERATE RISE AND TRAGIC FALL OF A NEW YORK FIXER