Latest Reviews
Home » Hollywood » WON’T YOU BE MY NEIGHBOR? 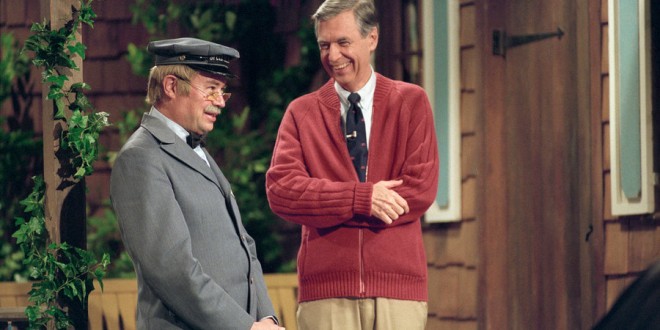 WON’T YOU BE MY NEIGHBOR?

In Jewish mysticism there are, at any given time, thirty-six righteous people, roaming the world; unaware of their spiritual status they transcend age, gender, ethnicity, religious affiliation, referred to as Lamedvavniks, their giftedness, uniqueness stains magnificently their lifespan and those fortunate to be infected by their aura. Watching this sensitively filmed documentary (splendidly directed by Morgan Neville) I felt Fred Rogers (1928-2003) stunningly, poignantly saturates every attribute of a Lamedvavnik and via the television tool has exponentially enhanced the lives of millions of people, particularly children.

Without sentimentality, Fred Rogers is angelic in his approach to children (he was a Presbyterian Minister); erasing entitlement, he encouraged them to be themselves, positioning them on the same plane as adults; gracing them with dignity, assuredness, security; his genius is palatable as he interacts with these mighty juveniles.

Fearlessly, through the wizardry of puppetry, with grace and goodness, he addressed contemporary issues: war, assassination, prejudice; children grasping, with depth and understanding the atrocities and injustices polluting society.

More than a “man for all seasons” Mister Rogers is a man for all millenniums, the purest, finest, immaculate example of a Lamedvavnik.