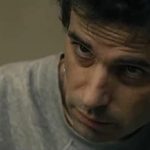 SKIP: BECKETT (NETFLIX)  In fairness I could not last for more than 15 minutes of tested endurance; insufferable travails of “Beckett” (John David Washington) and his unflinching, clueless, girlfriend “April” (Alicia Vikander); a sparkless relationship and plot deserving of cauterization at its inception. ANNETTE (AMAZON PRIME) Yikes! Adam Driver and Marion Cotillard, two respected, consummate actors had me cringing with ... END_OF_DOCUMENT_TOKEN_TO_BE_REPLACED 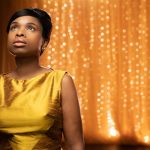 Aretha Franklin (1942-2018) regardless of her gender, race, or possibly despite it, earned the highest honors of any individual in her league: 18 Grammy Awards, including Lifetime Achievement, Hall of Fame, Pulitzer Prize, Presidential Medal of Freedom; she not only touched the celestial, she owned it; her life was informed by the Vietnam War, the assassinations of John and Robert ... END_OF_DOCUMENT_TOKEN_TO_BE_REPLACED 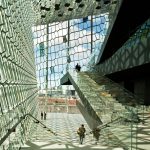 This is NOT a film review; it was a time of rejuvenation, a time to doff, escape the norm, the perpetual titillation of movie manna; deliverance from the cacophonous mayhem of city life: cars, motorcycles, souped up vehicles, whose only purpose is the annihilation of peace; a time to “stop the world” and wallow, effortlessly in a landscape guaranteed to ... END_OF_DOCUMENT_TOKEN_TO_BE_REPLACED 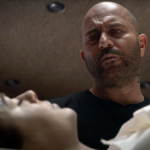 “HIT & RUN”  (ENGLISH/HEBREW) NETFLIX A scintillating collaboration between Israel and Netflix starring inimitable, aggressively masculine, swashbuckling Lior Raz (“Fauda”) as “Segev Azulai”, a benign tour guide in Tel Aviv, his lithesome wife, “Danielle”(Kaelen Ohm) a dancer, whose death, initially assumed accidental, proves anything but; bouncing from New York and Israel, the scenario quivers with layers of duplicity, no one, ... END_OF_DOCUMENT_TOKEN_TO_BE_REPLACED 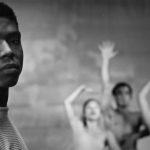 “Dance is the hidden language of the soul” and no one understood, cornered or capitalized on this more than Alvin Ailey (1931-1989); director Jamila Wignot employs her intuitive documentary acuity, splaying upon the screen, a poor boy whose feet took him to heights rarely conquered; Ailey, infused his choreography with profound spirituality (“Revelations”); jazz with its unique African-American heritage reverberates ... END_OF_DOCUMENT_TOKEN_TO_BE_REPLACED Meet “Bill Baker” (Matt Damon) a simple man, a recovering alcoholic, relying on a higher power to secure his sobriety; a construction worker hailing from “The Sooner State”, Oklahoma, the least likely individual to have a daughter, “Allison” (Abigail Breslin) serving prison time, for murder, in Marseille, France. “Stillwater” pulsates as a plagiarized version of the Amanda Knox (four years ... END_OF_DOCUMENT_TOKEN_TO_BE_REPLACED