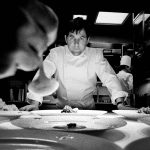 “SUNDOWN” Set within the sizzling confines of Acapulco, Mexico. Director Michel Franco, sustained by a momentous performance by Tim Roth, questions man’s dominance over his choices and subsequent consequences. THREE & ½ STARS “LOVE, CHARLIE: THE RISE AND FALL OF CHEF CHARLIE TROTTER” Director Rebecca Halpern’s dissection of Trotter’s escalation from childhood to eminence is a “must see” triumph; Shakespearean ... END_OF_DOCUMENT_TOKEN_TO_BE_REPLACED 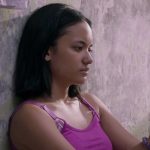 “THE LAST DUEL” Following the Rashomon Syndrome, viewers must decide which of the three scenarios is closest to the truth; glorious filmmaking and superior acting cement one’s attention for its over two hour duration. Director Ridley Scott focuses on an actual, occurrence in 14th century France: Marguerite, (Jodi Comer, sublime “damsel in distress”) the wife of Knight Jean de Carrouges ... END_OF_DOCUMENT_TOKEN_TO_BE_REPLACED 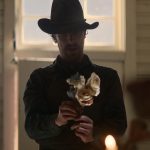 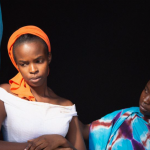 In the embryonic stages of the 57th Chicago International Film Festival, I can predict it will surpass all expectations because of the astute prescience of Artistic Director Mimi Plauche and Managing Director Vivian Teng. Viewed to date: “Lingui, The Sacred Bonds”. (French: English Subtitles) Director Mahamat-Saleh Haroun focuses on the restricted lives of Muslim women living in Chad; abortion is ... END_OF_DOCUMENT_TOKEN_TO_BE_REPLACED 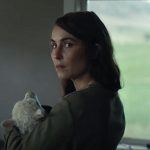 Having recently returned from a sojourn in Iceland, where the seasons were still vying for supremacy and man is perpetually subjected to nature’s whim, domination; sheep govern the landscape, their floppy ears tagged with marked ownership; two-legged creatures are rarely sighted and these furry mammals roam with impunity. “Lamb” is eerily strange, mystical and powerfully potent; co-writer and director Valdimar ... END_OF_DOCUMENT_TOKEN_TO_BE_REPLACED

NO TIME TO DIE (in theatres) 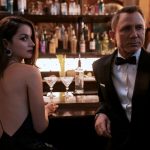 Daniel Craig has completed his fifth 007 and it is a stunner; initially not a fan, missing the debonaire, dark suaveness of his predecessors: Sean Connery, Roger Moore, Timothy Dalton, Pierce Brosnan; Craig was more of an ale guy, no way “shaken, not stirred”; after his third, “Skyfall” his fair, steely-eyed muscularity convinced me that he was imminently plausible as ... END_OF_DOCUMENT_TOKEN_TO_BE_REPLACED 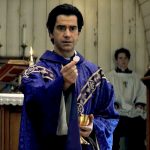 Moments of stunning brilliance shrouded in diabolical, draconian, sacrilegious horror; created and directed by Mike Flanagan (an altar boy in his youth); this series of seven episodes has enraptured or scandalized viewers; I find myself vacillating between the two. Familiarity with both the old and new testaments lends concrete legitimacy to Flanagan’s literal, visceral, visual interpretation of the texts; the ... END_OF_DOCUMENT_TOKEN_TO_BE_REPLACED 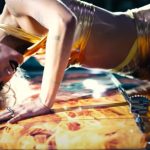 I can say in all truthfulness that this is the ugliest film I have ever seen, totally lacking in any redemptive attributes, with the exception of a couple dance sequences; director Julia Ducournau’s (“Raw”) harrowing, bleak, frightening imagination plummets to its bottommost circle, besting Dante’s “Paradise Lost”; protagonist, “Alexia/Adrien” (androgynous, Agatha Rousselle) has a titanium (“Titane”) plate in her head ... END_OF_DOCUMENT_TOKEN_TO_BE_REPLACED