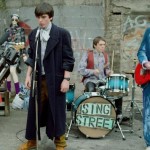 It doesn’t happen often, but when it does,  it is sensational; that jolt, awakening, knowing you are experiencing the finest ingredient of filmmaking…..pure, scintillating entertainment. “Sing Street” written and directed by John Carney (“Once”, “Begin Again”) captivates viewers long after the theatre is bright and the screen dark. Ireland in the 1980’s, “Conor/Cosmo” (remarkable Ferdia Walsh-Pello) a fifteen-year-old high “schooler” ... END_OF_DOCUMENT_TOKEN_TO_BE_REPLACED 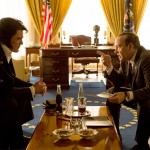 1970. Tumultuous times: massive protests about US government involvement in Cambodia and Vietnam; Kent State massacre; cyclone in Bangladesh taking a half million lives; earthquake in Peru claiming sixty-seven thousand individuals; Gamal Abdel Nasser of Egypt, dies; the break-up of the Beatles and the meeting of the “King’ Elvis Presley (1933-1977) and the President, Richard Nixon (1913-1994). Michael Shannon (Elvis) ... END_OF_DOCUMENT_TOKEN_TO_BE_REPLACED 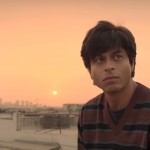 An original take on a used and abused theme: a star whose “stalker” becomes a menacing, obsessive, destructive force. Loosely based on 1981’s “The Fan” starring Lauren Becall and James Garner and 1996’s imitation starring Robert De Niro and Wesley Snipes; Bollywood heartthrob, Shah Rukh Khan, pulls out all the stops and plays both the “stalker” and the “star”. At ... END_OF_DOCUMENT_TOKEN_TO_BE_REPLACED 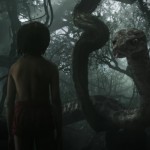 Animation has to be sensationally compelling to ambush my attention and even more fascinating for me to become emotionally invested in the characters.  Disney’s “The Jungle Book” , inspired by Rudyard Kipling’s iconic tales,  directed by Jon Favreau (“Chef”),  staring child prodigy Neel Sethi, is a film to be viewed more than once, an enchanting story, rich with lessons, for ... END_OF_DOCUMENT_TOKEN_TO_BE_REPLACED

THE FIRST MONDAY IN MAY 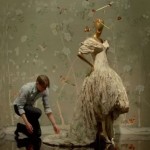 “Life without labor is guilt; labor without art is brutality.” John Ruskin Director Andrew Rossi focuses on the annual New York’s Metropolitan Museum of Art, fashion extravaganza held on the first Monday in May; Vogue’s Anna Wintour and Met curator Andrew Bolton orchestrate this unique fundraiser. We experience the creation of the massively successful 2015, “China: Through the Looking Glass”. ... END_OF_DOCUMENT_TOKEN_TO_BE_REPLACED

11 MINUTES (POLISH: ENGLISH SUBTITLES), ON DEMAND AND IN THEATRES 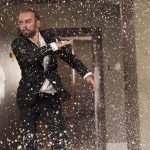 Director Jerzy Skolimowski’ s exhilarating, edgy, electrifying romp for an eleven-minute time span in luscious, contemporary Warsaw, has a deliciously paralyzing effect on the viewer; the dizzying pace renders one immobile for its fascinating and compelling 83 minutes.  Brilliant camerawork and editing bounces from one scenario to another, knowing these disparate individuals are destined to collide; Skolimowski’ s fathomless imagination ... END_OF_DOCUMENT_TOKEN_TO_BE_REPLACED

BORN TO BE BLUE ON DEMAND AND IN THEATRES 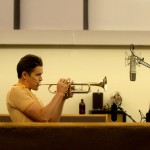 This quiet, subtle film based on the life of Chet Baker (1929-1988) is tautly directed and written by Robert Burdreau and profoundly performed by Ethan Hawke; Baker’s warts are glaring and immutable; Hawke’s depiction focuses on his vulnerability, sensitivity and uphill struggle to starve off his burning, perpetual craving for heroine; Baker cannot touch his creative pinnacle without the “dust ... END_OF_DOCUMENT_TOKEN_TO_BE_REPLACED 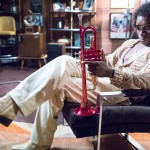 In a ten-day period there has been a blitzkrieg of biopics about singers/musicians born between the years 1923-1929; inspired geniuses, “Apollo” (Greek mythological god of music) shed his potency, enabling them to sparkle above the fray; more than their distinguishing gifts, it is the lure of illicit substances that infuses, defines their commonality: Hank Williams, (1923-1953), “I saw the Light”; ... END_OF_DOCUMENT_TOKEN_TO_BE_REPLACED 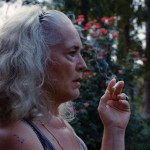 Harrowing. Haunting. A drama so powerfully filmed and acted it will hover eerily in your consciousness for days after viewing. “Krisha” (sensational portrayal by Krisha Fairchild), a woman in her 60’s perpetually stares in the mirror searching for shadows of her bygone beauty; the camera mercilessly strokes a face ravaged by alcoholism; written and directed by  Trey Edward Shults. Krisha, ... END_OF_DOCUMENT_TOKEN_TO_BE_REPLACED 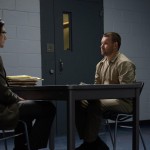