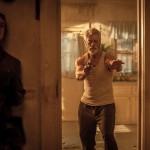 Directed by Fede Alvarez “Don”t Breathe” is a thriller, not a “horror” movie; there are no “Freddy’s”, Michael’s”, headless horsemen resurfacing after multiple stab and gunshot wounds, to stalk again; the protagonists are viable and the scenario is realistic and terrifying. Set in a decaying section of Detroit, three malcontents, yearning for a better life in California, have resorted to ... END_OF_DOCUMENT_TOKEN_TO_BE_REPLACED 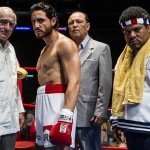 Directed and written by Jonathan Jakubowicz “Hands of Stone” is not destined to reign in the halls of the best boxing films of all time (“Raging Bull”, “Cinderella Man” “The Fighter”, “Requiem for a Heavyweight” “The Hurricane”, “Rocky” mania) but it is vastly entertaining, well-acted and infused with terrific fight scenes. Edgar Ramirez is galvanizing as the scrappy, brilliant boxer ... END_OF_DOCUMENT_TOKEN_TO_BE_REPLACED

A TALE OF LOVE AND DARKNESS (HEBREW: ENGLISH SUBTITLES) 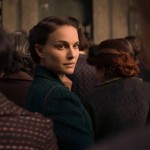 A lugubrious film of bleakness and ennui, based on the 2002 autobiographical novel by renown Israeli writer Amos Oz (aka Klausner, 1939). Natalie Portman directs, adapts and stars as Oz’s clinically depressed mother Fania (1913-1951), and her march towards extinction. The location is Jerusalem, 1947. Told through the wizened eyes of an elderly Oz (understand why it took him a ... END_OF_DOCUMENT_TOKEN_TO_BE_REPLACED

KUBO AND THE TWO STRINGS 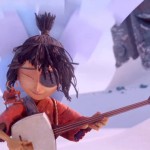 By a wide margin one of the finest films of the year; stunning in its message, characterization; a positively superb example of stellar, sensational, spectacular animation (and I do not care for the genre). Directed by Travis Knight, written by Marc Haimes, Shannon Tindle, Chris Butler in collaboration with Laika Production Company have created a fantasy world imbued with magic, ... END_OF_DOCUMENT_TOKEN_TO_BE_REPLACED 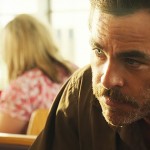 When one thinks of “Westerns” aka “Cowboy” movies one recalls nascent stars: John Wayne, Gary Cooper, Randolph Scott, James Stewart. They solidified the genre. From the onset, in this contemporary Western film, the protagonists are determined to accomplish their mission, regardless of the plagues visited upon them. Brothers, “Toby and Tanner Howard” (blazingly portrayed by Chris Pine and Ben Foster) ... END_OF_DOCUMENT_TOKEN_TO_BE_REPLACED 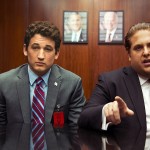 Directed by Todd Phillips based on a Rolling Stone article by Guy Lawson (eventually became the book, “The Arms and the Dudes”). The protagonists, Efraim Diveroli and David Packouz are brilliantly depicted by Jonah Hill and Miles Teller; nonfiction is realized propitiously by, for the most part, a good script, enhanced by the performances of Teller and overwhelmingly, Hill. Diveroli ... END_OF_DOCUMENT_TOKEN_TO_BE_REPLACED 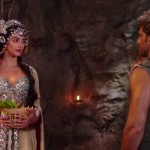 Two Bollywood megastars in an Olympic box office competition. Tough decision as to who wins the gold, Akshay Kumar for “Rustom” or Hrithik Roshan for “Mohenjo Daro”. “Rustom” is a fictionalized version of the 1959 Nanavati Case; a scandalous, sensational affair, where a naval officer supposedly murders his wife’s lover; Akshay Kumar, absolutely devastating in his white uniform, gives a ... END_OF_DOCUMENT_TOKEN_TO_BE_REPLACED 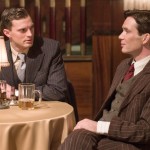 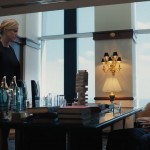 Wall Street has its share of female financiers, brokers, bankers; director Meera Menon focuses on their ambitions, struggles to best their testosterone-infused competitors; “Equity” is a reality check and a viable one. Anna Gunn as tough, investment banker “Naomi Bishop”, nails the psyche of someone who suffers no nonsense; her meager background was the fodder for success; she has the ... END_OF_DOCUMENT_TOKEN_TO_BE_REPLACED 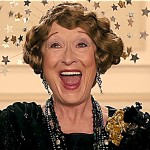 Notwithstanding, Meryl Streep’s iconic acting acuity and director Stephen Frears good intentions the film is lackluster and sparkless compared to France’s  “Marguerite” (with the incomparable Catherine Frot); Florence Foster Jenkins (1868-1944) was a music patron, completely tone deaf,  delusional in fancying  herself an opera diva; because of her wealth, generosity and protective partner, many suffered through her screeching interpretations of ... END_OF_DOCUMENT_TOKEN_TO_BE_REPLACED