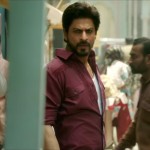 At fifty-one, Shah Rukh Khan is incandescently comfortable in his role as “King Khan”, his recent films have shown the breath of his talent and understanding of the human condition: subtly sensational as a physiatrist in “Dear Zindagi”, mesmerizing in a dual role as stalker/star in “Fan”; riveting as a good-hearted bootlegger, “Raees” in Gujarat, India; a state that adheres ... END_OF_DOCUMENT_TOKEN_TO_BE_REPLACED 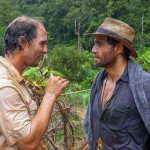 Recently there have been a number of films where the pungency of the actor transcends the legitimacy of the scenario: Michael Keaton, “The Founder”, Natalie Portman, “Jackie”, Annette Benning, “Twentieth Century Women”. “Gold” is owned by Matthew McConaughey, he has honed his skill as the sleazy, lovable rogue; no matter his foibles you subconsciously root for him and perpetually forgive ... END_OF_DOCUMENT_TOKEN_TO_BE_REPLACED 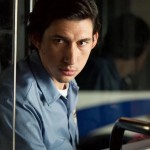 The most remarkable element of Jim Jarmusch’s “Paterson” is piquing the viewers imagination as to how this unique couple karmically united; quiet loveliness is a soft, gentle cocoon encompassing each day; “Paterson” (soulfully acted with stunning depth by Adam Driver) rises at 6:15, embraces his luscious wife “Laura” (radiant Golshifteh Farahani) proceeds to his job as a bus “driver” in ... END_OF_DOCUMENT_TOKEN_TO_BE_REPLACED 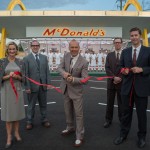 Indisputably, Michael Keaton is at his peak as one of  today’s most superlative actors; he is electrifying as Ray Kroc (1902-1984), the energizing prod behind the McDonald’s empire. At times combustible, Keaton sinks his teeth into Kroc’s ambitious, predatory, quasi-maniacal conquering of brothers Mac and Dick McDonald (depicted magnificently by John Carroll Lynch and Nick Hofferman) simple, brilliant “fast food” ... END_OF_DOCUMENT_TOKEN_TO_BE_REPLACED

ALONE IN BERLIN (ON DEMAND & IN THEATRES) 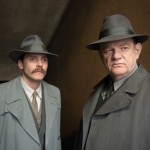 Loosely based on a traumatized German couple, Otto and Elise Hampel, who dually wage their solitary crusade against Hitler and the Nazi regime; referencing Hans Fallada’s 1947 novel, “Everyone Dies Alone”, his source culled from Gestapo files after the war; director Vincent Perez with actors Brendan Gleeson, Emma Thompson and Daniel Bruhl quietly and at times blandly, but ultimately compelling, ... END_OF_DOCUMENT_TOKEN_TO_BE_REPLACED 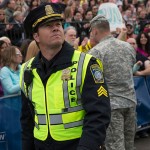 When predictability is ensured, investment in the scenario takes prodigious skill by the director and actors to cement one’s attention; director Peter Berg and Mark Wahlberg mostly succeed; “Patriots Day”, references the bombing at the finish line of the Boston Marathon, April 15, 2013. Commencing, watching the banality of everyday life, Berg personalizes the victims and more importantly the perpetrators. ... END_OF_DOCUMENT_TOKEN_TO_BE_REPLACED 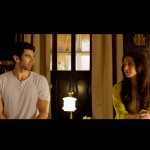 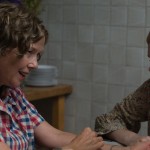 Annette Bening is an actor’s actor, losing herself in the persona of each character she portrays, from “Bugsy”, “American Beauty” to her inimitable “Being Julia” (she should have captured the Academy Award in 2004) her interpretations are profoundly, realistically flawless. She shines as “Dorothea” a fifty-five-year-old, single mother, a cigarette perpetually joined at her lip, living in Santa Barbara with ... END_OF_DOCUMENT_TOKEN_TO_BE_REPLACED 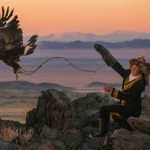 Exodus 21:2. If you buy a Hebrew slave, he is to serve you six years; in the seventh year he is to go free, without paying anything. In Kazakh tradition you free your faithful eagle, after seven years of devotion, so the rest of their existence is at their own whim. Director Otto Bell, Cinematographer Simon Niblett and Sia’s song ... END_OF_DOCUMENT_TOKEN_TO_BE_REPLACED 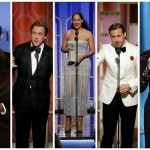